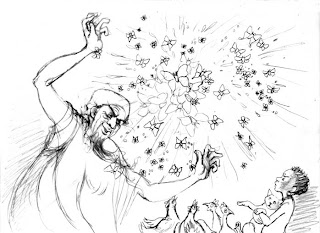 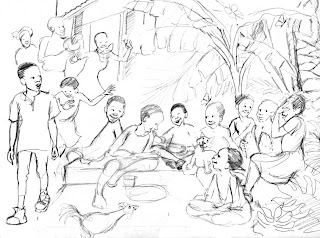 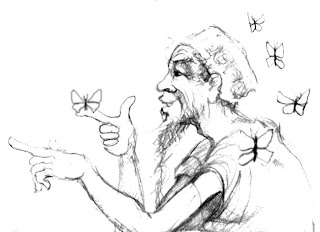 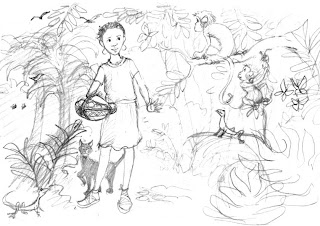 Here are some rough drawings for the book I ‘m currently busy illustrating. It is the winning book of the 2007/08 Macmillan Writer's Prize for by novelist Nnedi Okorafor-Mbachu. Though American-born, Nnedi's muse is . Her winning unpublished children's book, Long Juju Man, a story about a girl's encounters with an irritating crafty ghost, will be published by Macmillan . The girl is harassed and taught lessons by an annoying, snickering, rotten fruit eating, sneaky, prank playing ghost named Long Juju

Her first novel, Zahrah the Windseeker was shortlisted for the Parallax Award and Kindred Award in 2006, a finalist for the 2005 Golden Duck and GardenState Teen Choice awards and nominated for a Locus Award (Best First Novel) 2005; Her second novel, The Shadow Speaker (Hyperion Books, 2007) was a Booksense Pick for Winter 2007/08 and a finalist for the Essence Magazine Literary Award and the Andre Norton Award. It is also an NAACP Image Award nominee, a Tiptree Honor Book and a Locus Magazine Recommended Book.

Posted an article on http://marjorie-van-heerden-articles.blogspot.com/
on illustrating the picture book - Nina and Little Duck

The article is called THE MIND OF AN ILLUSTRATOR (August 2008)
Hope you will go and read it! 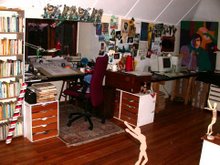 Links to some of my favourite Blogs and Websites: 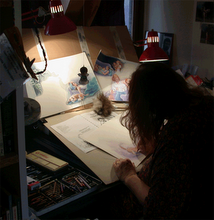